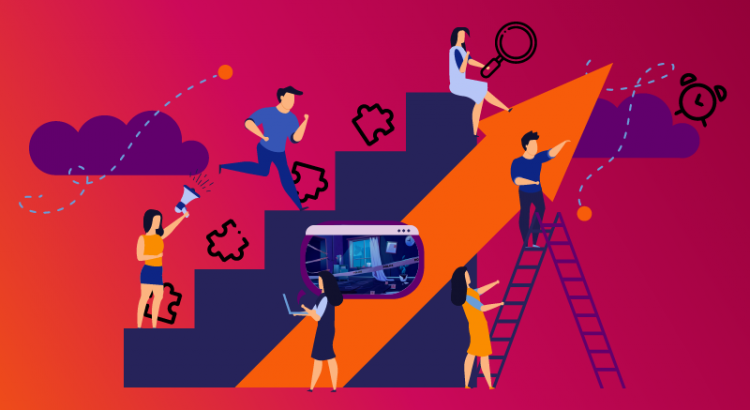 Every game has some unique mechanics behind its making, which makes it distinctive from other games. It includes the game’s storyline, the rules of the game, guidelines of how to how to play the game, and the final goal. In the same manner, escape rooms also have a set of mechanics behind their making.

A brief history of escape rooms

A virtual escape room is an uprising form of recreation among the people. This unique form of entertainment came into existence in the year 2007. As the name suggests, an escape game’s main objective is to find the way out of a room or escape a room. This game transports you to a whole new world where you are the central character. In a real sense, an escape room is a game where every story comes to life! You can be a warrior king trying to rescue the princess before she gets stuck in the castle forever. Or, you can be a spy on a mission to find the murderer of the president. Escape rooms are indeed a world of make-believe. Or should we say, they are an escape from reality!

Escape rooms are built on the concept of ‘escape-the-room’ video games. The first ‘escape the room’ video game came out in 2004. Toshimitsu Takagi developed it, and the name of the game was ‘Crimson Room.’ The popularity of this game was immense, and we can say that the modern-day escape rooms are inspired by these games only! In 2007, escape rooms finally came to life. The real-life escape room game was built by a SCRAP company (a Kyoto, Japan-based Company). Escape rooms are the brainchild of Takao Kato. He got the idea to create an escape room when he was 35-years old. The whole concept of an escape room was an amalgamation of well-known games like scavenger hunts and haunted houses. Takao Kato wanted to put the people in real-life situations where they interacted with their environment to solve the puzzles and escape. As soon as this idea was executed, it was highly loved and appreciated. Other companies all around the world were quick to follow suit. In 2011 escape rooms were established Australia and Singapore. In 2012, San Francisco also launched its first escape room. Since then, escape rooms have expanded their reach, and now there are escape rooms in more than 88 countries and more than a thousand cities!

What is an escape room all about?

The present-day escape rooms are a 60-minute recreational game that takes place in real-time. The game is full of adventure and thrill. There are several quizzes and puzzles in an escape room that the players need to solve to win the game. An escape game puts you right in the middle of the action and requires you to interact with your surroundings. Every escape room is built on a story/ theme, and all the puzzles are based on that theme. This theme/story can belong to any genre such as horror, mystery, magic, sci-fi, or thriller. However, the most popular escape rooms are based on murder mysteries, Detective/Police/Crime, Sherlock, and Spy, and the least popular are based on Zombies and Magic!

In an escape room, you are required to work together as a team with the other players. The game is designed so that the players need to work collectively to solve all the puzzles. The puzzles require various skills like creativity, problem-solving, lateral thinking, and logical reasoning. No single person can be good at all of these things, and therefore, a team effort is a crucial part of escape rooms. Even if a person is capable enough to solve all the puzzles on oneself, the 60-minute time-limit will undoubtedly be a constraint. So, to win an escape room, teamwork is the key!

The mechanics behind an escape room-

Everything was going fine until, out of the blue, the submarine plunges into the sea. In the sub, there are only 60 minutes of reserve oxygen left! You are looking for ways to escape the submarine when you discover that the German agents have sabotaged your sub, and this crash was not due to an accident. The German agents have also removed six oxygen silos and hidden them around the ship. Your task is to rummage through the mess hall and the control room and find out the silos to repair the steel Shark submarine before the oxygen runs-out, and the crew perishes! A story like this is going to engross the players fully and keep them engaged. The room will invoke all of their senses. Hence, an immersive storyline is crucial for a fantastic escape experience!

2.The set-design and the props in the room

An immersive escape room has to have a set-design that invokes that makes a person feel as if he/she is in that environment. The setting of the escape rooms is a crucial part of an exhilarating escape room experience. The room design has to be aligned with the theme and storyline of the room. If an escape room does not have the décor that matches the storyline, it is trying to portray, and then it will be like any other room with a bunch of random puzzles in it. Imagine playing an escape game that is set in the year 3000. In that game, the props should look very futuristic and invoke a sense that the player is transported into the future! If an escape room cannot induce that feeling, then no matter how attractive the room’s puzzles are, the players would not enjoy the space! So, it is imperative that the layout and the props, everything should help in generating an authentic feel. Hence, the ambiance of the room plays a significant role in the overall escape experience.

The most critical hidden mechanism that helps create an immersive escape room experience is challenging puzzles. An escape room should always be thrilling. The game should cause an adrenaline rush among the players. The whole experience should be so enthralling that the players should feel their hearts race. It can only happen if the puzzles can challenge the mental abilities of the players. The game should put the player’s wits to test and force them to think out of the box. Puzzles that cause mayhem and confusion are the ones that challenge the players the most. For example: while solving a puzzle, you have multiple keys/ passcodes for a single lock. You will try them all out in the hope that one of them is correct. But, to your surprise, you find that none of the keys/passcodes worked. It will, indeed, induce a sense of panic and confusion at the same time. It will leave you feeling a little hopeless because you will have no idea what to do further, and you have also wasted a lot of time. Puzzles like these are specially designed to create pressure among the players and challenge their minds to the maximum extent.

4.The subtle yet clever clues:

To make the gameplay more interesting, the company adds clues all over the room. These clues are often so minute that players fail to notice them. But to win the game, these clues are essential. You could get these clues from the story that the game-master told you before the game. Or, you get these clues by a random painting on the wall that you didn’t think was important. For example, you are a spy who is solving a murder case—the person who died loved cars. Your mission is to solve his murder case. You see a locked cupboard that opens with a password and a painting of his car in his room. You want to open the closet but don’t know what the password is. That is very these small clues come in! The number plate of the car might be having the password! Therefore, noticing the little details is very important, and observing things in an escape room is a crucial part of the gameplay.

Nowadays, technology is playing a significant role in creating a mesmerizing escape experience. This change is very new. Earlier, escape rooms were all about traditional puzzles and quizzes. But now, escape rooms have upgraded their game. It is because escape rooms are now witnessing a new clientele, i.e., Gen-Z. This generation is born tech-geeks, and to entice these customers, the escape room companies needed to take their games to the next level. Also, technology has helped the game feel more genuine and authentic. For example, in a horror-themed room, the spine-chilling sound effects of a witch’s laugh and the mysterious lights were only possible due to technological advancements. Escape rooms now offer working TV sets, talking dolls, tiny robots, and so much more. Some escape rooms have also jazzed up their games by using holograms, motion sensors, LED lights, and electronic labyrinths. All in all, these tiny knick-knacks play a massive role in setting the environment right for the game, and they also affect the psyche of the players to provide them with an enveloping experience.

The last thing that helps in the feels enhancement of an escape experience is the game’s time-limit. You might wonder how the time-limit helps in enhancing the escape experience. A ticking clock creates a sense of panic among the players and puts them in a spot where they have to perform. This performance pressure induces an adrenaline rush among the players. This sensation is just like the one you get when you are writing an important exam. The time-limit of the exam makes you panic, excites you, and makes you nervous! Whichever emotion you feel, we all can vouch for the fact that it fuels us with adrenaline. Many people think that they perform best under pressure. However, this time-constraint can also urge people to make impulsive decisions in the game that might decrease their chances of winning! So, either for the good or the bad, this ticking clock will indeed have no impact on your psyche.

Escape rooms are now becoming immensely popular among people of all ages. Whether you are a teenager who wants to enjoy a fun game night with their friends or an adult looking for a refuge from the daily monotonous routine, an escape room will surely not disappoint you. The immersive gameplay transports the players into a world of fiction and provides them with an engaging experience. When a unique plot, a captivating set design, and exciting puzzles come together, the outcome is a fantastic escape experience.

If you are on the lookout for a fantastic adventure, then head over to your nearest escape room and have unlimited fun! 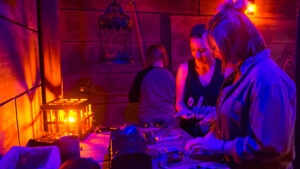 Previous post WHY AN ESCAPE ROOM IS A GREAT FIRST DATE IDEA? 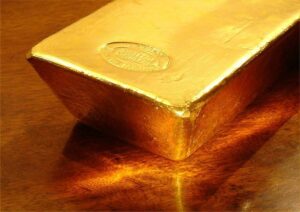 1.The History of Poppers Poppers is a slang term for a type of inhalable chemical named alkyl nitrates. It was...

Web development is an essential component of every success of the company. When it comes to marketing business and its...

Safe and secure packaging is the vital element for any retail items in business today. It should be possible for...

In our daily life routine, soap plays a significant role. It is undeniable fact that we can’t ignore the importance...

The pace of the technology process has created an impact on the existing creative and developing techniques for the websites. ...

The global coronavirus pandemic affected the traditional education industry significantly. Students could no longer visit schools and colleges due to...